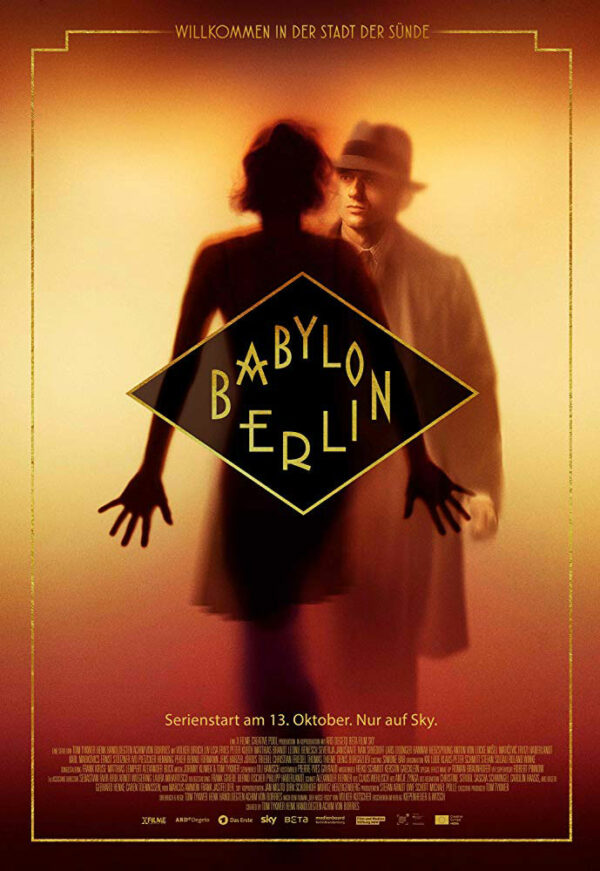 First and foremost: I am NOT the composer on this fantastic series. It’s a beautiful and riveting show that couldn’t be more poignant in this day and age. I highly recommend it. It’s distributed worldwide by Netflix and in German-language territories by Sky and ARD.

The reason why it is listed here is that the composers, my friends and former teammates Tom Tykwer and Johnny Klimek, asked me if they could integrate two of my unused compositions plus one I wrote with Tom, from the days when we used to work together. Of course, I was excited to be a part of this project, if only peripherally.

What I’m posting here are the two original versions of the themes that were used in Babylon Berlin. The first one (orig. title: Coming Home) is a nocturnal, jazzy composition that is very “American” in character and features the proverbial lonely trumpet theme for the hero who must go most of his path alone. It shows a side of me that rarely has a chance to be presented. The way it plays in Babylon Berlin is mostly as a remix of this original. It’s used for one of the mysteries of the storyline and that’s the character the new, remixed version has taken. The new title is “Der Schatz der Sarazins” (the Sarazin Family Treasure.)

So here I am, jumping on the opportunity to present this style of music by posting what I originally wrote.

The second piece was originally called Precision and has found its way into Babylon Berlin with just the German translation of that title: Präzision. The word sounds even more “precise” in German, doesn’t it? In the show the piece plays pretty much like this original demo posted here.

Fuge is technically not a real fugue, more like a sophisticated canon, and I wrote that together with Tom Tykwer. Like the two other compositions above, it is also featured throughout seasons one and two.

Listen to Babylon Berlin on Pandora

Listen to Babylon Berlin on Amazon

Listen to Babylon Berlin on Spotify