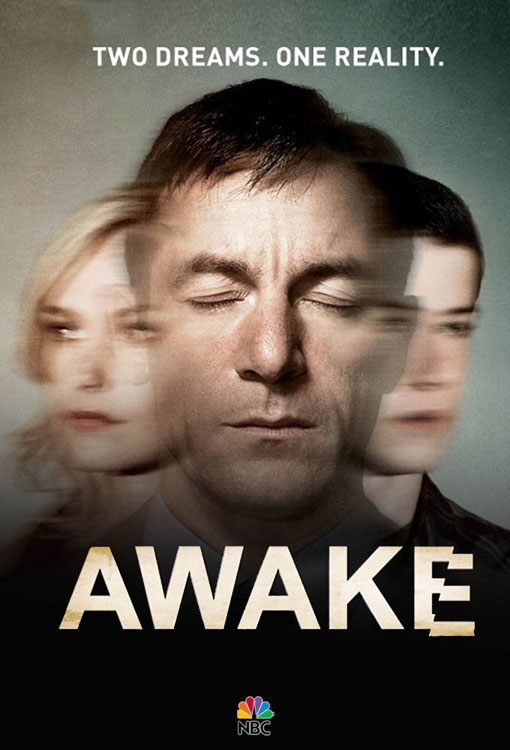 Awake is a NBC TV series from creator Kyle Killen and executive producer Howard Gordon (24, Homeland). After suffering a fateful car crash, a cop constantly switches between two realities: one in which his wife died in the accident and he lives alone with his son, and the other in which his son died and his wife is still alive. Obviously this was a cool premise for a score by Johnny Klimek and me. Right up our alley.