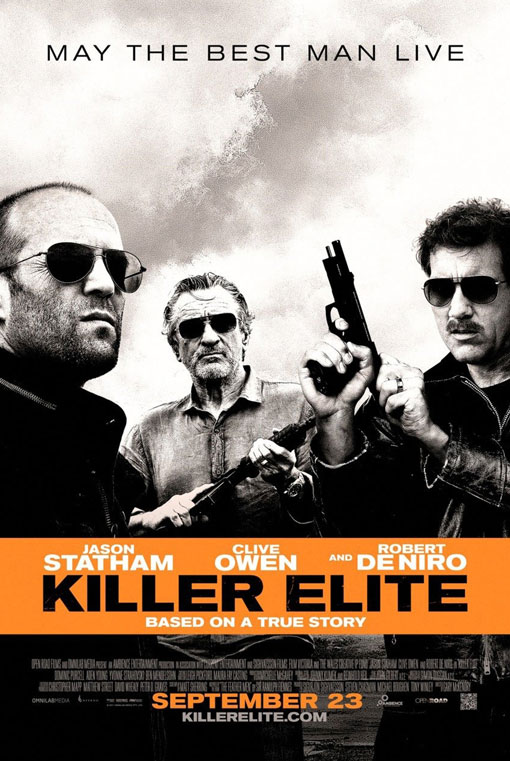 A political thriller based on the novel “The Feather Men” by Ranulph Fiennes, not a remake of Sam Peckinpah’s 1975 movie, The Killer Elite. Starring Jason Statham, Clive Owen, and Robert De Niro, the movie tells the story of British SAS agents targeted by a motley group of assassins who are acting on behalf of a vengeful Omani Sheik. Lots of conspiracy, suspense, and action.