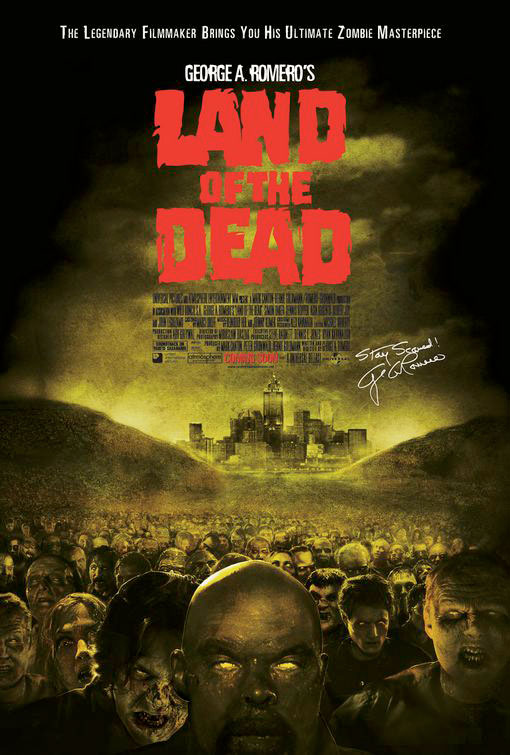 Land of the Dead

We had the pleasure to work with a true indie-movie legend: George Romero, the inventor of the zombie movie. This was his only film produced by a big Hollywood studio. Even still, it’s an edgy movie, true to the underlying meaning of his zombie metaphor. The music deserved an orchestra recording, but didn’t get one because Universal had to advance the release date by three months. I still regret that the “Massacre” was released without having been played by a live orchestra. Nevertheless, there are some very cool horror cues that feature interesting musical sound design.